Over the weekend, students at Pretoria High School gained national attention for protesting against discrimination because of their natural hair texture. Female students are being victimized because of their hair style. The posting of photos and videos became a trending topic on social media with hash tag #StopRacismAtPretoriaHighSchool. 13 year old Zuliakha Patel and her fellow classmates took a stand for not only girls in South Africa, but for every black person facing whitewashing of blackness in professional and educational environments.

Students say, they spoke out after they were told by teachers that their hair is “exotic” and that their afros needed to be tamed. Pretoria Girl’s Code of Conduct does not mention afros, but does layout rules for general appearance, including prescribing that “all styles should be conservative, neat, and in keeping with the school’s uniform. 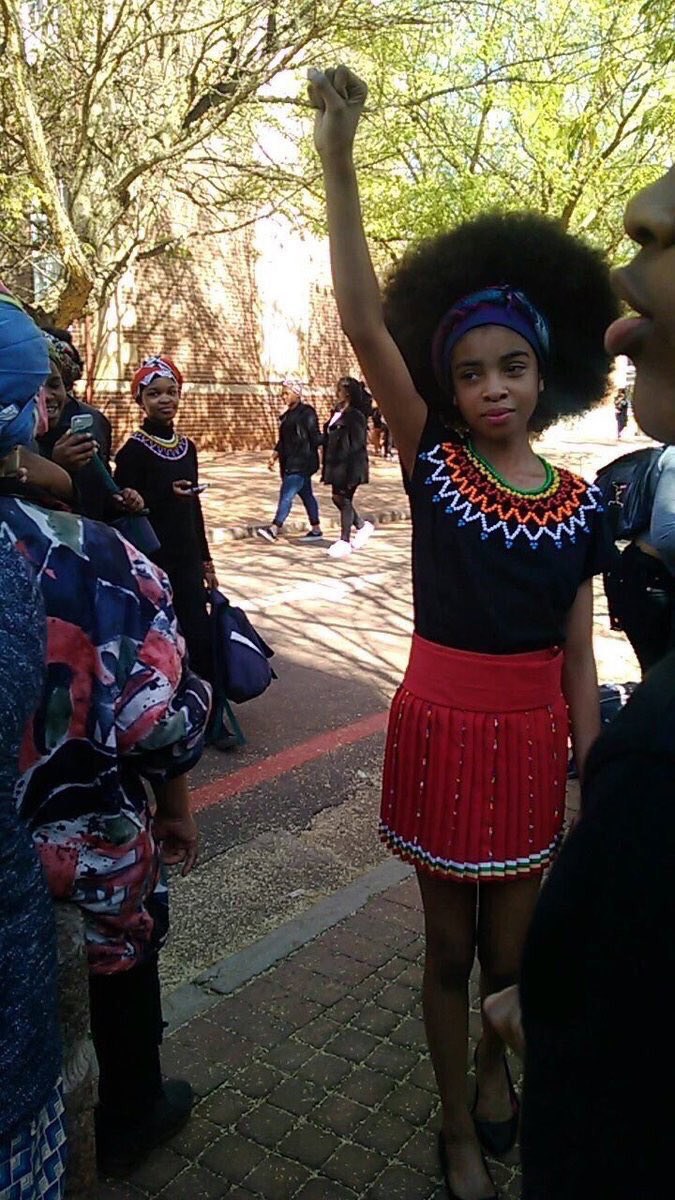 In other countries such as Ghana and Cameroon, adolescent girls shave their hair in a low cut for school. It is mandatory  for girls, due to the school’s ideology that women spend too much time taking care of their hair. Also, that girls shouldn’t be concerned about their beauty at such a young age (you are not allowed to date until university/college age). When I was in Liberia, I noticed that school girls are not allowed to wear their hair in an afro. Their hair must be braided all down in cornrows during school session.

Social media and news outlets around the world have shown their support to these young ladies for not allowing the school system to make them feel unworthy or not “normal” due to their natural physical features.  The school has not yet made a response about this incident. 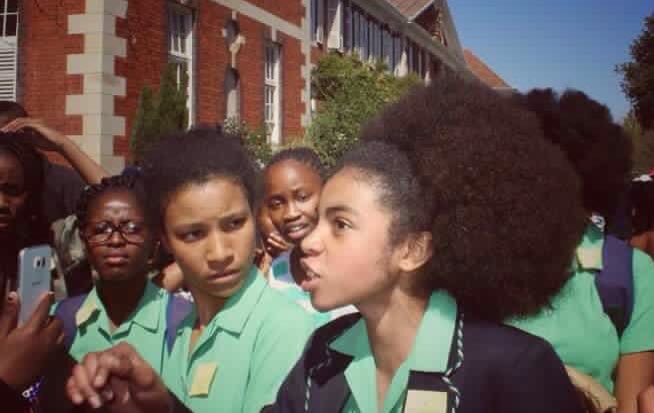 Have you ever faced a similar situation in the work place or at school regarding your natural hair or physical feature? How did you handle it or how would you handle it if you were in this circumstance. Leave comments below!

At school we learn our names r complicated, nose-ugly, hair-untidy, skin-dirty! We learn 2be at war with our bodies. #StopRacismInSchools