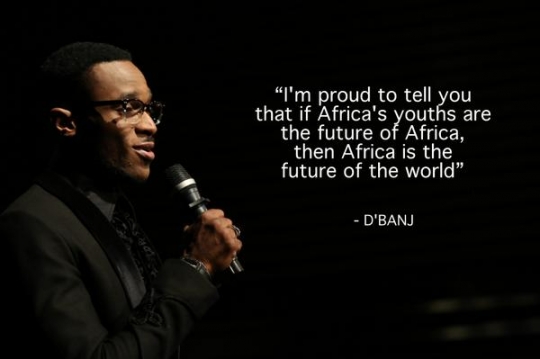 Oh! So we aren’t African Booty Scratchers Anymore..what happened?  Now I must say, the things that I was teased about in school when I was a kid is my biggest blessing in my adulthood. Who would of known?

It’s satisfying to see African culture be embraced and appreciated, because for so long we were depicted as poverty stricken and uncivilized people.  The western media didn’t highlight Africans as a glorious, happy, and vibrant set of beings. Indeed we have our flaws but what group of people are flawless? This topic came to mind after watching Omarion’s latest video “Distance”  which I absolutely love. watch here  it’s a beautiful song with an African beat influence. The video was shot in Cape Town, South Africa and features KwaZulu-Natal culture.

Drake’s hit ‘Once Dance‘ featuring Wizkid, Tiwa Savage signing with Roc Nation,  NeYo speaking Swahilli in the ‘Marry Me’ video with Diamond Platnuimz  watch here and so many more highlights that I don’t  have time to mention; are examples of western main stream influencers diving into the African music scene. These collaborations are actually accomplishments for African artist because it exposes their brands and enumerates their credentials.

Some may allude that westerners are exploiting African culture and making money from it since being Pro African and “awake” is a trend now. Jay-Z’s label Roc Nation traveled to Nigeria to scout talent and the explosion of dashiki wearing individuals is at an all time high.

Ed Sheeran recently traveled to Ghana, West Africa and he wrote a song and sang it in the  Twi language spoken by the natives of the Ashanti region. A beautiful melodic acoustic tune inspired by the admirable and beauteous aesthetic values of Ghana’s natural environment and artistic imagery.

There are people who spent their lives singing and dancing to African sounds and didn’t get paid but did it for the love of the culture. Now, big name artists such as Drake, Justine Beiber,  Alicia Keys , Omarion and others, hears this sound, gains inspiration from it and publicizes it to main stream media. Please pay respect and homage to the culture and the individuals who shared their talent and never received recognition from the world. Even if an artist did achieve worldwide fame and accolades from their craft like several African icons have done, there still should be some humility that should be given.

In conclusion, I love that African music, fashion and culture in general is becoming mainstream and cultural gaps are bridging. Hence the About section in AfroXilla’s bio and the objective of this platform. We are strong supporters of the Pan African movement. A movement that  is a worldwide intellectual movement that aims to encourage and strengthen bonds of solidarity between all people of African descent in the diaspora. It is based on the belief that unity is vital to economic, social, and political progress and aims to “unify and uplift” people of African descent.

“Music is a universal language that is meant to be shared by all people from everywhere.”