Happy Independence day to all my fellow Liberians. Unfortunately I’m going to miss out on all the festivities on July 26, because of failure to follow the Five P’s: Proper Planning Prevents Poor Performance. So instead of sulking, I’ll utilize my time to present our first AfroXilla’s “26 songs for July 26” a playlist of Liberians hits of old, new and some unearthed. No, not all of these songs are Liberian, so don’t get your lappa in a twist.

Somebody Call 911 – Theo De Franco
Dammit man, Liberian songs are not easy to find, especially Theo De Franco’s “Somebody Call 911” (This girl she killin’ me o).  I first heard this song skimming thru Dj Honey’s 2 hr and 30 minute youtube mix, as seen below.  But there was no name, title or download link.  If I didn’t stumble upon Liberian Music Exposure soundcloud I would still be stuck rewinding Dj’s Honey youtube mix for life. 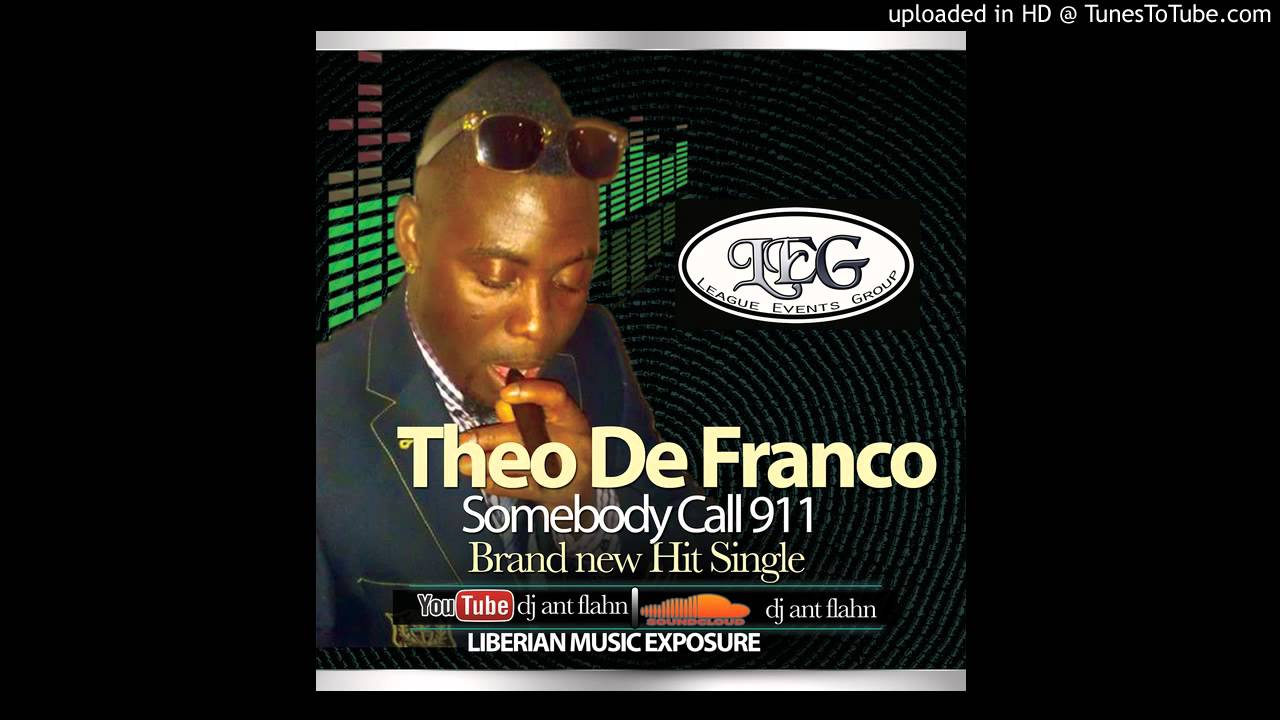 Basima Basima – Togar Howard
Togar Howard is a rising star in the Liberian international music scene.  Within the past year Togar has grace the stage at Liberian Entertainment Awards, the 2014 Afrimma (African Muzik Magazine Awards) and will be performing in Philadelphia at the Acana Festival.

Growna Man – Royal DeBusta Pain
Growna Man is a Liberian colloquial that can either mean a young teenager who wants to be grown, or an individual who loves walkabout business too much.  Royal Debusta’s catchy off beat and comical tune informs us on the subtle nuances that make him a real Growna Man.

Jump Thru My Window – Princess Margaret
Question, who deserves a spot on this list, Princes Margaret’s “Jumping thru the Window” or Tokay Tomah’s “Chay Chay Polay”? I’ll settle with the former.


Any song from Friday the Cell Phone Man
You can play any song release by Friday the Cell Phone, an-y-thing! You can bump Belle, Biggest Mistake,  Pay your low (the remix) or the classic Monrovia Young Girl.  Even songs where he’s just featured like OneCopy’s Shake Your Waist is exceptional.  Its easy to see why he’s L.I.B.’s biggest artist.


No Space – Eric Geso
Eric Geso “No Space” is an infectious dance floor smash that partially song in Bassa.  Personally I feel this is what hipco 2.0 will sound like for years to come.


Sakagebo – Roland Ross
Forewarn, this is not the last time you’ll see Roland Ross a.k.a. Nigga Ross on this list. He makes great  Liberian dance music, sprinkle with some socially aware lyrics.


She Make it Rock – Roland Ross
Roland Ross’s “She Make it Rock” has a kizomba sound that is familiar to Cape Verde and Angola, very sultry injected with hipco colloquial flows.  Also check out the Troy Ave cameo in the video (I think).


She Vex – Starks Vader
The most surprising hit song within the last year has to be Starks Vader “She Vex”. Making up 1/4th of Philadelphia’s Muzic Class, Stark Vader recount a story of an “Old ma” who disapproves of her well-to-do daughter dating a growna boy like Starks.  Leading Starks to tell the “Old ma”,  where you know me from to judge me. S/O to my man Phreshmann for putting me on.


Ma Folie – Meiway
I wanted to put Mozambique’s Mr. Bow Massinguitane on this list but my partner advised me that Liberians don’t know him or his music. Well I wanted to introduce a new song with that village bounce or tribal twerk. So instead I replace it with one of my, Liberia’s and of course Ivory Coast favorite songs, Meiway’s “Ma Folie”.


Banjay – Jake Dee
Top three Liberians songs with the village bounce. The breakdown towards the latter half of the song is addicting and motivates the most passive wallflower to the dance floor.


CDC – Monkey Come Down
A lot of people don’t like this particular song.  Maybe because its consider a black eye to Liberian politics or the racial epithet place on Africa’s first woman president. But how can they deny “Monkey Come Down” melodious analogy approach? Honestly, moments like the CDC (Congress for Democratic Change) decision to make a political diss song as their campaign song is what makes Liberia a unique nation to call home.


Zibote – Ernesto Djedje
This is a bad brother. If you don’t know Ernesto Djedje,you shame your ma & pa. Even tho he is not from Liberia, during the 1970’s and early 80’s before his death, Ernesto was a certified hit maker in West Africa.


Sura Yako – Sauti Sol
If you haven’t heard of Sauti Sol’s Sura Yako, then you’ve probably been living under a rock. A white one, a red, white and blue rock with fifty stars on it, with a baton and riot gear that keep beating black people. Speaking of Red white and blue, President Obama did the Fallyipa dance with Sauti Sol on his trip to Kenya.


Wolosso – Dj Dolla
At the height of coupe-decale mania, I didn’t hear anybody talking about the now global phenomenon called afrobeat and Dj Dolla’s “Wolosso” was part of the reason why.


Once More – Gebah & Maudeline Swaray
“Once More” is a certified classic in Liberia. The breakdown and the triumphing horns section that ends with a incredible guitar solo, makes Once more one of the greatest LIB records ever.

Bartender – Mr. F Dot A(FA)
Mr. F Dot A “Bartender” is like a smooth summer breeze on Bernard beach (like I’ve ever been). The care-free vibe guarantees to have you ordering extra drinks at the bar. I have a funny feeling that if Jamaicans and Haitians got a hold of this song, the Liberians that feel indifferent about this song will change their mind.


Aladji – Ramatoulaye
Something tells me that “Aladji” was freestyle, cause the things this man is saying in this song cannot be written down. Aladji is one of those songs that gets stuck in your head, forces you to dance, then leaves you asking what the hell is he saying?


Premiere Gaou – Magic System
“Premiere Gaou” is the Ivorian equivalent to Houston, Texas’s Mike Jones’ Back then (they didn’t want me, now I’m hot they all on me). Based on a true story about Salif “A’Salfo” Traoré ex girlfriend who tried to get back with him after he became famous.

Pump Me Up – Krosfyah
Krosfyah’s “Pump me Up” is a soca classic and a favorite among our parents as well as aunts and uncles. Don’t believe me? Put it on and watch what happens.


They Lie to us – Takun J
Takun J’s “They Lie to Us” is the true Liberian Ebola anthem. It screams out the frustration of the tumultuous post Charles Taylor era and ask our political leaders why. Thankfully for Takun J’s he’s the only one willing to give a straight answer.  The studio version of the song is great but watching Takun perform it live gives it the proper energy.


Lamachi – Yung Muse
Yung Muse is the hardest working Liberian artist in the states right now. I recently saw him perform at a Manhattan, July 4th, yacht party. On August 2nd Yung Muse will be hitting the stage at this years Acana festival for a second year in a row, alongside with Timaya. I hope he brings the Supreme Dancers to perform his dance hit “Lamachi”.

Keep On Trying – Gebah & Zach
The Liberian classic “Keep On Trying” has two versions, maybe even more but we’re only mentioning the ones that matter.  The Gebah and Zack version is personal favorite, while the Gebah & Maudeline Swaray  version is also popular, but there’s nothing like the original.

Shake Body – Skales
African music has a funny way of flowing into the U.S. As we all know Dorobocci was the song of the year, it even won this years MTVMAMA 2015 song of the year award. But for some odd reason Skales “Shake Body” which was also release last year (a day before Dorobocci) is still in heavy rotation like it came out yesterday.


Kemah – Deng
Deng has many popular songs from his Vex mixtape like “Ce qui Faut Fait” and “They Vex”, but this weekend the Liberian song of the summer is an ode to his favorite jue, Kemah.


So there you have it, 26 songs for July 26.  The songs on this list were accumulated from the best Liberians songs I could find on the internet and whatever classic that is stash on my Itunes. If you feel certain songs were left out please feel free to afroxillamusic@gmail.com so AfroXilla can make a Part 2 next year.