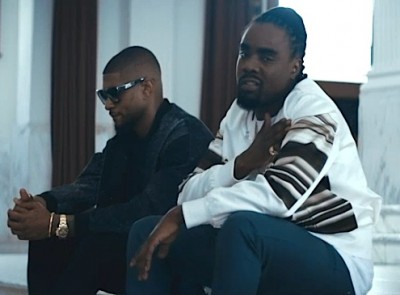 Wale returns with a new visual for his Jake One produced track featuring Usher titled “The Matrimony”.

A few weeks before Wale released The Album About Nothing, the long-awaited conclusion to his Seinfeld-inspired series, he shared “The Matrimony,” a smooth track that featured Usher and hinted at the more mature direction he’d be taking on the album. Today, the track gets a video shot in the most fitting setting: a wedding

Is Wale ready to settle down? The D.C. rapper contemplates marriage in the video for “The Matrimony” off The Album About Nothing. The cinematic clip, which features an intro from Jerry Seinfeld, takes place at the wedding of Wale’s love interest (Bria Murphy), but it’s not Wale standing at the altar. We see flashbacks of the former couple fighting over a pregnancy test, while Usher plays the wedding singer.